The first semester of my 4th year in university started in December 2019 and school resumption brought an increase in the price for hostel spaces allocated by school as it moved from 8500 to 13500 (including remita fees). This meant trouble for the rest of us without school hostel accommodation yet.

When the hostel price was at 8500, students re-sold their spaces for about N60,000 and so as the school price increased, theirs did too (talk about hostel black market…lol). At that time, my friend who was in the same hostel with me previously was keeping tabs for us on the current resale price so we would know our stand and it was about N80,000 then; which is basically house rent in some student-residing locations in Uyo if topped up with an extra N20,000.

I applied for hostel space the previous session but my name did not appear on the approval lists so I was very worried about where I’ll be staying upon resumption. When I spoke with my family about my concerns, the majority carried the vote and I was mind-bended to live off-campus. We agreed that I’ll use the proceeds from the sale of my hostel space to furnish my apartment because my parents believed that I’ll get it even though I wasn’t fully persuaded.

Returned to Uyo and stayed in a family friend’s house for weeks hoping to get a hostel space and to find a house off-campus. At this point, I was torn because school had resumed since December and it was already January, no hostel space in sight and also, living in an environment outside school alone was a very strange but somewhat thrilling idea to me. I wasn’t too sure now whether I should stick with hostel or off-campus housing as the oxidants released by my siblings which caused the mind-bend had worn off. Decided to make it a ‘first come, first serve’ thing so I was trying to see if a new list would come out as well as begin my journey for a new house off-campus.

With the help of my friends living off-campus already, we started house hunting. The semester had already started weeks ago, so a lot of houses were booked and had been paid for although the owners were yet to move in. I saw a couple what-i-ordered v. what-i-received houses and it was quite sure at this point that finding ‘the’ house for me was not even going to be easy.

I needed to find a self-con that ticked my checklist of good and secure location, regular light and finally, water. I couldn’t imagine leaving the hostel that afforded me these luxuries freely to go to a place that’ll stress me.

I asked my friends to help me post on their social media that I needed a roommate even before finding any suitable house just so we’ll be well fortified and gallant enough to pay the rent at once. Got a couple requests from junior colleagues and random people but they had strange ties following their requests and I was not even up for that at all.

Got a message one day that my classmate wanted a roommate. You know those classmates that you’ve known since year 1 but you’ve never had conversations with except an occasional “hello”, ” hi”. We fixed a date when I’ll be coming to view the house and when I got there, there was NEPA light, the room was big enough but not too big for two people to live in independently, very cozy and extremely clean (with a strong whiff of perfectionism). Also noticed that the bedsheets, chairs, tables, curtains, walls, laundry basket, racks, buckets etc all had one colour and all I could think of was how I’ll live with someone like that without being a nuisance or something.

We got talking instantly once I arrived, two other tenants joined in the conversation and at the end of the day, I discovered I had spent four hours there, she wasn’t as uptight and introverted as I imagined but was entirely opposite, the other tenants were vibes and even though I’ll not be moving there, I’ll be sure to have people to come back and gist with and have things to laugh over. I still decided to keep my options open. 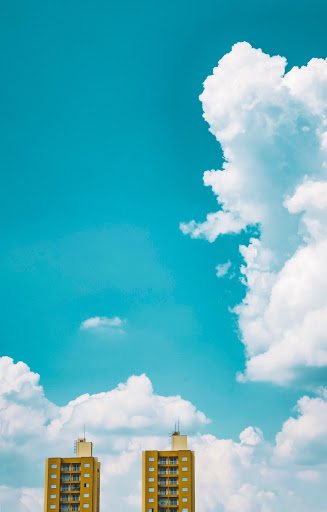 One day, I found ‘the house’, it was located in Itu road, the second floor of a duplex, a self-con and boyyy it was sooo spacious and airy. I could already visualize myself taking flatlays inside my room because the natural lighting coming through was impressive. The room was so biggg, I could imagine sharing the room with a roommate and still living oblivious of each other, just like the college rooms in foreign movies where everyone had independent space to themselves (which was exactly what I wanted). It also had this huge full-length mirror that greets you in the room upon entering and it was the absolute truth to say that house was every girl’s dream. The size of the kitchen, the toilet, everything. As I’m reminiscing about that moment, I guess you can imagine how I felt.

Although the house was not a trekkable distance from my university and it was directly opposite a church&school, I still dreamt of moving my things in and enjoying it before I get a roommate (my parents really hammered on the getting a roommate idea sha). Talked with the agent and we agreed that I’ll be paying three days later so as to get my parents informed and so they can organize the rent money as I didn’t get a roommate to split the bill with.

On the night of the second day, the agent called me and said I should come early the next day to pay as the house was being ‘rushed by several people’ brought by different agents. Thought it was just a Nigerian expression to ginger me to be prompt so I didn’t give it to much concern and replied that I’ll be there by 10am. I had asked God anyways to preserve the house for me if it was really meant to be mine the day I viewed it and it had not been sold by the second day yet so that meant only one thing…God wanted the house for me.

By 8am, I came to school and went along with my friend, Chinny to my classmate’s house and just as I was, she was impressed with the organization and monochromatic theme. We proceeded from there to the house on Itu road and informed the agent that we had arrived. While waiting for him to come, we took the stairs and I showed Chinny the room I was about to rent, Chinny did not fail me because she screamed when she saw the room, she actually could see everything I saw and I was for once impressed with my choice of friends…lol. 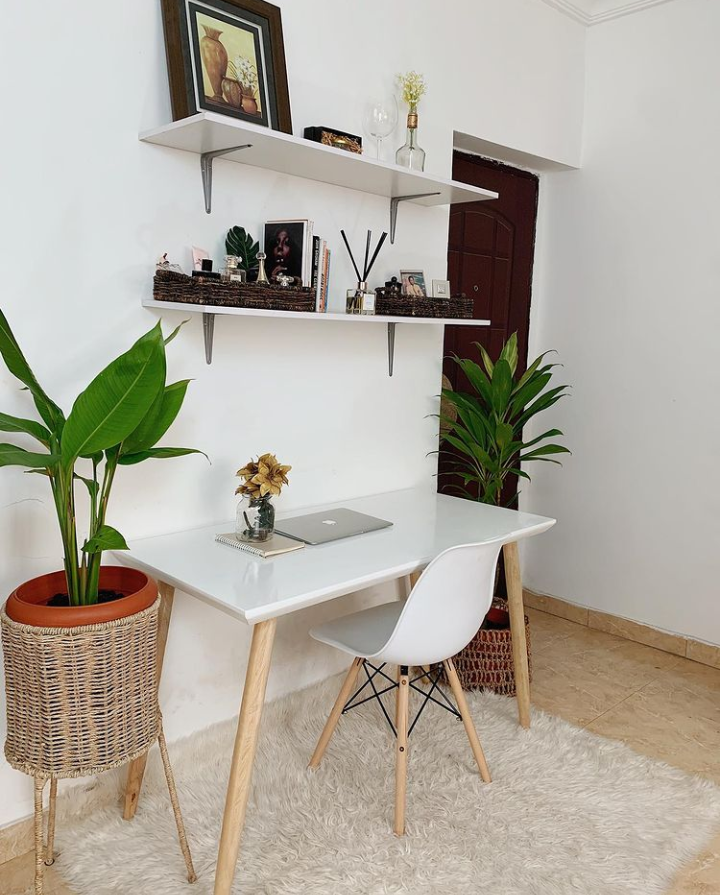 We went to the first floor and spoke to the student tenant already living there to get information as to their security, light, water as this was the second time I’d been there and there was no NEPA light, no water running from the taps as well. I also then noticed she had a lot of storage containers for water and that did not sit well with my head so I inquired sternly about her many water containers. She responded that there usually had water and when water in the tank is finished, we could come downstairs to fetch from the backyard tank which was not connected to the tank before water is pumped so one cannot run out completely. She also mentioned that the water pump is bad hence the dry taps but that the landlord said he’ll fix it once the room I was eyeing was paid for.

At that point, l was genuinely concerned about the water situation as I remembered instantly, twitter threads I had read on landlords and failed promises to new tenants; promising them that certain things would be worked on upon payment of their rent and after they have moved in, it was still not done. So, I came downstairs still arguing with myself whether I should pay for this house or not. When I asked Chinny, she still expressed my concerns about having a church and school opposite me as well as having to climb up and down the tiring stairs at all times.

I was already doubting the possibility of my renting the place as we got to the gate but I still decided to ask the landlady (who was chatting with my agent) when the pump would be fixed and she said by Monday which was days away and then her phone got notified and she looked at it, afterwards she asked me why I was asking and I said I wanted to rent the room. She responded that she just received the rent of some other person that wanted the house, a banker who was brought by another agent.

So this house was actually hot cake like the agent told me. Ha!

I couldn’t explain the outburst of feelings I felt at that point, but one thing was certain, I was furious and almost on the verge of tears. I still can’t understand how a house I had strong doubts about minutes ago just automatically turned to something I wanted so much. I was sooooo angry that Chinny and the agent kept trying to calm me down. The agent even requested to show me some other house but I turned him down. After sitting on the pavement for minutes, I recollected myself, thanked the agent and proceeded to my classmate’s house, paid her my share of the rent and told her I’ll be parking in in three days.

That marked the end of my house hunt expedition.

If you’ve gotten to this point, thanks for reading! Forgot to use gifs to spice up my storytime…perks of not blogging regularly, I guess💆

There would be an update of this post (Part2) so try to keep up with me. On that note, subscribe here, this gives you instant notification to any new blog post I make without having to see my link or to use your WordPress reader).

This site uses Akismet to reduce spam. Learn how your comment data is processed.

Hey there, Welcome! I'm Golibe, a Nigerian Law student who is still obsessed with thrifting, and is an affirmer of the looking good for less brand.
On here, I teach budget fashion, give college related tips and also try to tell stories, teach and inspire using my daily life experiences while on a journey to my dream life. I hope you genuinely enjoy it here.

WHAT ARE YOU LOOKING FOR?